Earlier this year I participated in a book project by SHAPE-SEA which commissioned authors from around the region to look at the human rights impacts of technology in Southeast Asia. Exploring the Nexus Between Technologies and Human Rights: Opportunities and Challenges in Southeast Asia, edited by Khoo Ying Hooi and Deasy Simandjuntak, was launched in December 2019. 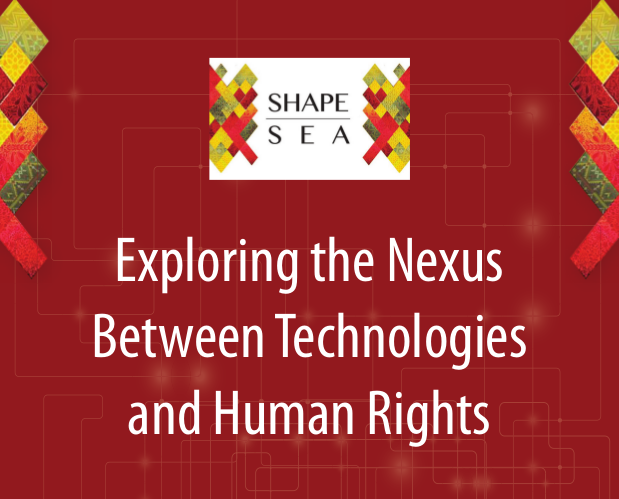 About the paper permalink

My paper, "Digital Rights in Southeast Asia: Conceptual Framework and Movement Building", is Chapter Two :) Here's the abstract of the paper:

Thanks to SHAPE-SEA's policy on open access, the book can be downloaded with no charge. Here is the chapter itself in a separate PDF. And also, as I had been presenting the research at various forums, here's a PPT of the gist of the findings.

After the completion of the study, even before the launch of the publication, I inadvertently went on a tour of sorts to talk about the findings. It just so happened that there were many events connected to digital rights towards the end of the year, and so I found myself bouncing from event to event, including the following:

I must say that there were times within that period when I thought that my mind would never catch up with where my body was, as I was always trying to process the last event when being in the next. While it was rewarding to be able to talk to so many different stakeholders - from activists, policymakers, techies, to academics - the introvert in me was also gasping for a moment of respite. Between travel, work deadlines and some personal incidents that happened during the period, I was close to burning out and breathed a huge sigh of relief when things finally calmed down towards mid-December.

As the paper had not been launched when I met most of the people that I met the last couple of months, I had been (and still am) building a list of interested people to reach out to when the paper was ready. That's probably going to be one of the first things that I'll have to do in the new year, also to spread the word that I'm looking for more projects and collaborations on digital rights.

At the moment I'm working on a series of articles on artificial intelligence in Southeast Asia (with EngageMedia) which will keep me occupied the next couple of months; there are also a number of other potential jobs and applications to work on. So far the year ahead looks promising. Let's see!